Supreme Court to decide on marriage!

Moments ago, the U.S. Supreme Court announced that it will hear freedom to marry cases this year.

This is it. The Supreme Court will rule once and for all on whether to allow committed gay and lesbian couples the freedom to marry from sea to shining sea.

While I'm proud to report that in part because of SAVE and the ACLU's lawsuit, Florida is now one of 36 states with marriage equality, the Court's decision could finally bring marriage equality to all of America.

When the Justices make their decision, we need to make sure they know that the people support the freedom to marry. No family living in any U.S. state or territory should be locked out of this fundamental human right. 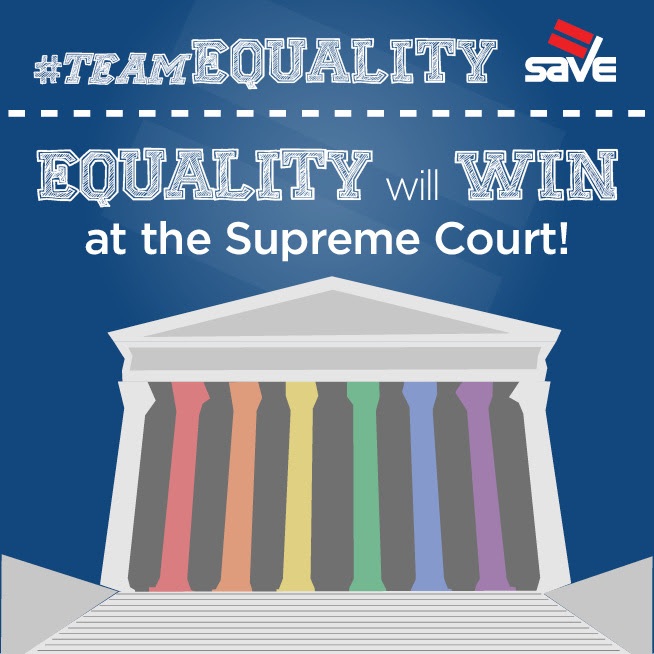 A final victory for #TeamEquality is within our grasp -- but we have to give it everything we've got to make that win a reality.